You are here: Home / Australia / Mobile casino gaming on the increase 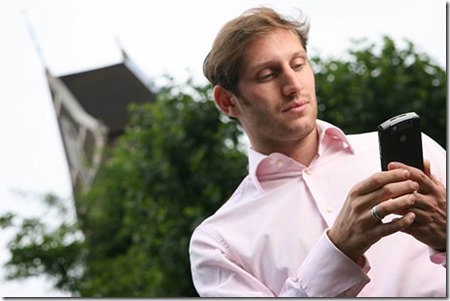 It’s not so long ago that if you wanted to play casino games online, you’d have to download the software and take up space on your hard drive. But now, of course, with so many online casino sites offering instant play few people bother downloading the casino software. Maybe if you’re a poker player, it’s worth doing, but for most recreational gamblers, the instant play selection is fine.

Now, things are moving on again, and we’re seeing more and more people choosing to play on their mobile rather than on a pc or laptop. This makes sense; we organise most of our lives through the mobile – why not be entertained there too? Of course, mobile gaming apps are nothing new, but it seems that more people are switching to cash games now. Obviously there’s an added level of interest in a game if it can win you a heap of cash!

Even though the number of people playing cash games like roulette, blackjack and slots on their mobiles has increased, that doesn’t necessarily mean that we’re all playing those games on the move. A recent survey into UK mobile gaming by market research group comScore showed that 20 million people played games on their mobile and 6 million of those played on a daily basis. However, nearly two-thirds of those mobile gamers play in their living room, 45% play in bed and around 20% play in the bathroom. This makes a lot of sense when you think part of the reason many people choose to play games is to relax. Sitting in front of your pc doesn’t seem like the most relaxing place to play when you could be playing on the sofa instead.

You’d imagine that the most mobile gaming would take place on a commuter journey, as it would be a great way to while away the time, but only a third of mobile gamers in the UK actually play on the way to and from work. Meanwhile, 27% take a bit of time out at work to play games on their mobile.

The British aren’t alone in their appetite for games on their mobiles. Mobile gaming revenue in the States is predicted to reach USD3 billion by 2016 and it’s anticipated that the global mobile games market will be worth around UDS9 billion by the end of this year.

Added to these stats, Juniper Research has predicted that 64.1bn mobile games will be downloaded onto mobiles or tablets by 2017, triple the amount downloaded in 2012. More and more people will opt to play on their mobiles as game choice widens and functionality of playing on a small screen improves.

At the moment, the most widely available games from online casinos like 32red are those that are best suited to play on a smaller screen. Hence you get a wide choice of slots, as well as some variants of blackjack and roulette. And there are lots of promos available for playing these games on your mobile – every site wants to win over customer loyalty while the market is in its growth phase!