This post was originally written in 2010 but a lot has happened since then, tv’s have become smarter and so a lot of these gadgets  reviewed  below have become obsolete now in 2018 and beyond. The eye-fi pro still stands out as a gadget that can stand the test of time for its unique capabilities. Do check out our latest Google home gadget  & tech reviews too.

The IUM has built in WiFi and pairs to the WiFi Interface of your laptop.The IUM is paired with one Host PC/Laptop then can be used in any USB Equipped Device that accepts USB Flash Drives

The device has built-in wireless and uses the wireless interface of your laptop on the end. The connection is point to point and not via other access point or internet.

PC to PC works fine. The shared files are visible on the IUM like a normal flash drive so the PC will read them as if they are actually on the device. 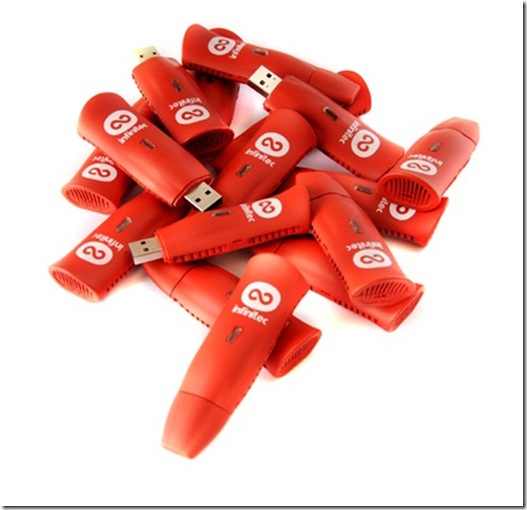 It’s very nice and handy, but as you said, $129 is a bit much for something like this.

“instead of storing data inside the stick it uses any thing that has a USB port as the storage space, enabling “infinite” data sharing ( videos, photos, doc..etc) using WIFI network meaning the device act as wireless connector between a personal computer and anything that is USB-enabled.”

More features for this drive at the vendor website at http://www.infinitec.com/ium_drive/features.php

THE Option similar to this which is already available in the market is the “HSTI Wireless Media Stick™”. 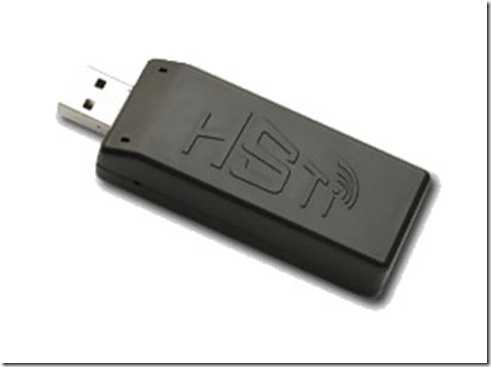 Simply share your files from any computer within your home/work wireless network, plug the Wireless Media Stick™ into the USB port of your playback device and stream your media instantly. The Wireless Media Stick™ references shared media files from any networked computers and NAS devices and presents them to the playback device it’s mounted to as if the files were stored locally.

Once a file is selected for playback, the Wireless Media Stick™ then streams the file via a wireless router from any PC, Laptop and NAS device.

The Wireless Media Stick™ is a patented technology (Patent Pending and World P.C.T) that streams media files from any computer connected to a home/office wireless network to any USB enabled media playback device.

Files are not copied or moved from the original location. The capacity of the stick varies according to how many files are shared and can grow in relation to the file systems that are shared. – Ref ( More info @ HSTI Media Stick )

Features of the HSTI Media stick

The cost for this convenience is $129, which seems rather steep to me, although (for what it’s worth) it’s generally equivalent to the Eye-Fi Pro, which offers the same kind of wireless ad-hoc network functionality.

Also released recently “Eye-Fi card”, the “Eye-Fi Pro”. It costs $150, and is able to handle RAW files, as well as connect to a computer via an ad-hoc wireless network, i.e. no router necessary. These are certainly nice features, although RAW support at least seems more like a firmware upgrade, and it would be cool if Eye-Fi would push that option out to their other cards