You are here: Home / Aussie / Move over Planking cone-ing is here

If you thought “planking” was a silly craze that hit the roof suddenly, check out this guy from australia who has just started the “cone-ing craze”  which is just starting to get popular. His You tube video has already made him a internet star.

About planking : The lying down game (also known as planking,[1] or face downs) is an activity, popular in various parts of the world, consisting of lying face down in an unusual or incongruous location. The hands must touch the sides of the body 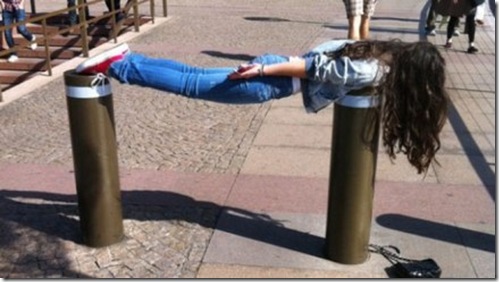 Cone-ing :Melbourne man Alki Stevenswho started the "Cone-ing" involves ordering a soft serve cone at a fast food restaurant’s drive-through and then grabbing hold of the ice cream, rather than the cone, when served.

Facebook page Planking Australia has more than 16,100 fans and features hundreds of photos of people lying across desks, train tracks, in front of buses, on horseback, over stairwells, fire hydrants, on art-installations, goalposts, motorbikes and, even other plankers.