Mobile is taking over the desktop usage and time spent on mobile or smartphones are seeing constant and rapid  growth.

Before you decide to build your first mobile app, your first most important task is to define or know the reason you want to create an app to begin with. Once you do this and write this down or know it,  the rest of the process becomes easier.

Yes you thought it was closed down but its back again. the popular google app inventor is back  thanks to Mit.edu  who have brought the “appinventor” back to the people to enable them to make apps without having to dip into their pockets for cash.

There are other online mobile app makers like widgetbox , but they charge  anyway from $25 per month/per app to $100 per month /per app which can be a bit too pricey  for a average user. i have done a demo app building on their interface and its pretty easy to make a mobile app at widgetbox

The app inventor from Mit.edu is free to use, though it does not have the advanced interface like widgetbox 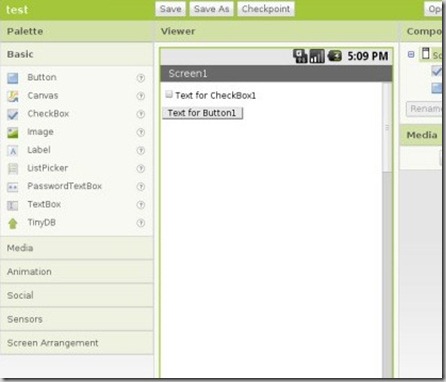 There is another online app builder  called http://ibuildapp.com/ as well but i have not checked it out.

The “Android apps creation tool” is no longer being managed by Google — MIT has taken over the source and worked up its own version. Now you,  can go and log into the MIT App Inventor, so long as you have a valid Google ID and start creating your own apps.

The App Inventor, first launched by Google in mid-2010 before being discontinued and open-sourced last year

OTHER OPTIONS –  Building your own Mobile / tablet app

There are special app development software – mobile platforms to create apps on your own.

You can make an iPhone app or Android app, with no programming skills. Appmakr created a DIY mobile app making platform that lets you build your own mobile app quickly through a simple drag-and-drop interface.

Kalipso Studio is a mobile application generator that enables users to program their own apps without having to deal with complex coding.

For those who have a website and want to turn it into a nice mobile app version, this app maker is the way to go

PS: you might also want to check  this post from “sarah-perez” from ReadWritEweb on tools for building your own iphone app