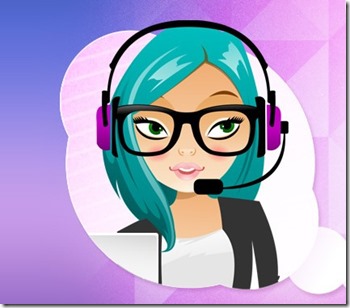 At some point or other you’ve probably entertained the notion of recording videos directly from your Mac’s screen. It may be that there was something in particular that you wanted to capture, or it may have been that you heard about how you could record online video streams or Skype calls by doing so.

In any case – with screen capture software it is certainly possible to record video on Mac directly from your screen, and what you may not realize is that with the Movavi Screen Capture for Mac it is actually a whole lot easier than you probably ever imagined.

Nowadays the Movavi Screen Capture for Mac is extremely popular – and a lot of that popularity is due to the fact that it is designed to make screen capture an intuitive and user-friendly process. When you use it you won’t have to worry about being confronted with complicated menus or technical settings, and in fact it should just take you a couple of clicks to record the video footage you need.

Even saving your videos is simplified with the Movavi Screen Capture for Mac’s hundreds of presets that will help you to automatically use the best possible format and video settings for any device or platform you choose. The presets support mobile devices and popular online platforms such as Facebook and YouTube – so you should easily find what you need.

While it is undeniable that the focus of the Movavi Screen Capture for Mac is on making it easy to record videos, it also ensures that you will have full control over your screen capture.

It will let you set up the frame rate, capture area and audio source with a few simple clicks, and you can even choose to grab sound from microphones or third party MIDI devices if you want to. On top of that there is also a feature that will let you record keyboard and mouse actions – which will prove useful if and when you want to create video guides or tutorials. 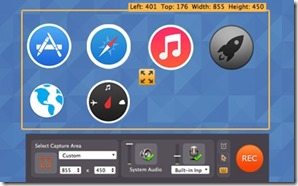 After you set up your screen capture preferences, you can manage the recording effectively with the hotkey system of the Movavi Screen Capture for Mac. Assuming you need to step away from your Mac for whatever reason, you could set a timer so that the recording stops after a certain duration.

To put it quite simply, the Movavi Screen Capture for Mac is a comprehensive and yet easy to use software – and that blend is what makes it so unique.

Regardless of whether you’re a beginner or ‘power user’, it will give you the tools that you need to record video footage from your screen according to your exact specifications.