You are here: Home / Australia / PST Merge: Apt Solution for Getting All PST Files at One Place

It is obvious for the employees using Outlook from decades, to possess multiple PST files with them. Since earlier the format of Outlook PST files was ANSI, the user may possess both ANSI and UNICODE PST files. Storing all these PST files in the user machine might not be problematic for the users, but it does give rise to issues when the user may require sharing all the PST files or may require transferring the files to a different machine. Thus, in order to avoid any file from being left behind, consolidating all the files in a single PST is a wise option.

PST Merge software is the solution that fits this very problem and merges Outlook PST files into one. Whether the collection of PST files is of both ANSI and UNICODE PST or only ANSI or UNICODE type PST, the software will support merging of both types of files. The resultant PST file will be of UNICODE type, which can be easily accessed in Outlook 2003 and later versions.

· Removes duplicate items from getting merged when option is selected.

· Excludes merging of emails residing in the deleted items folder of PST.

· No limitation on the number of PST files that can be merged together.

Versions Of The Tool

Licensed version: Once satisfied with its working, the user can go for the license version of PST Merge. It can be purchased from the official website at a price of $69 only.

Once the software is run, a window named Evaluation Version will appear before you. Since we are going for the demo of the software, we selected the Continue Demo option. In case you want to purchase the software click on Buy. If you have already purchased the License version and want to activate it, then select Activate option. 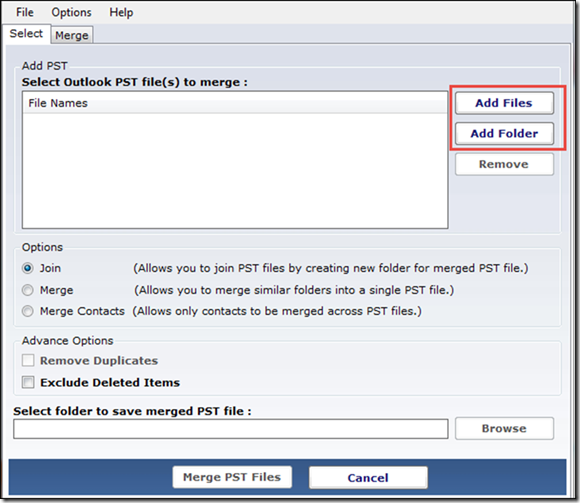 The software offers three options for merging the PST files. They are as follows: 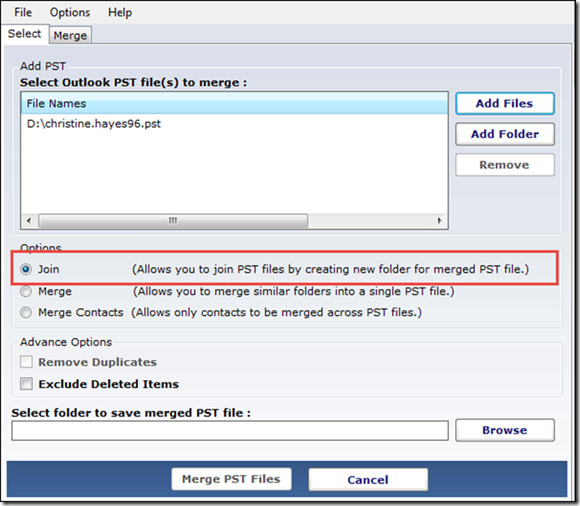 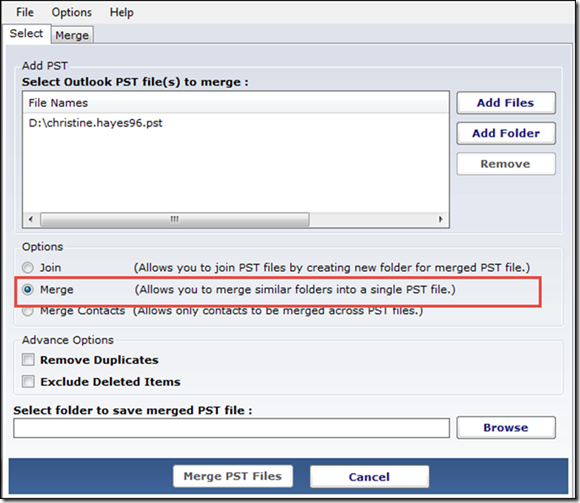 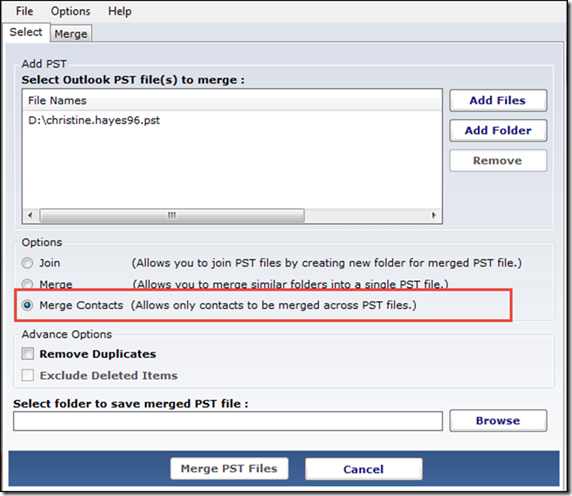 Once you have selected the option for combining PST files, the next option you will get is Remove Duplicates. The option is enabled for Merge and Merge Contacts only. It removes the duplicate items like emails, contacts, calendars, etc. and does not include them in the resultant PST file. 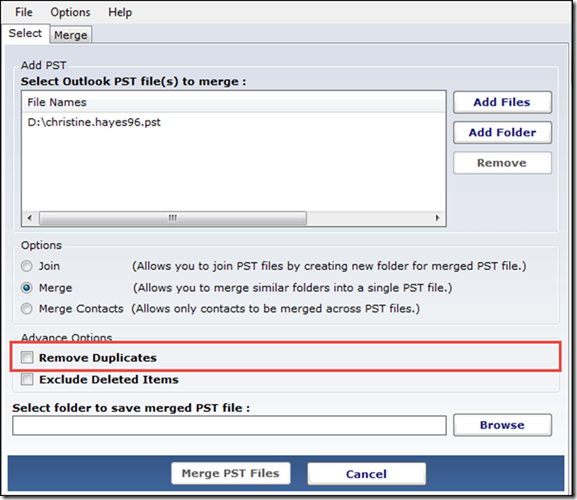 If you don’t want to merge the mails stored in the deleted items folder of the PST files, and then select the Exclude Deleted Items option. This option is only enabled for Join and Merge and not for Merge Contacts option. 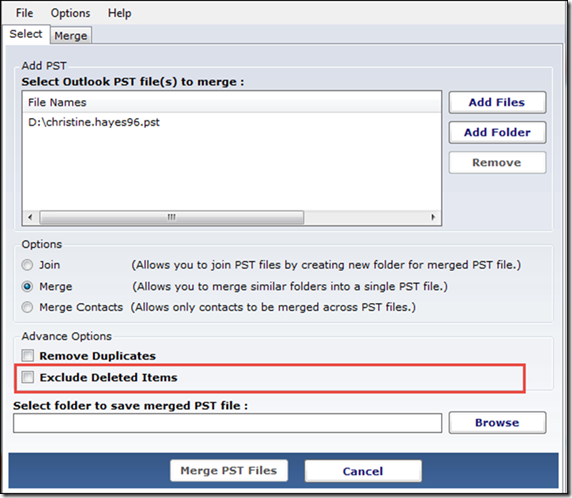 · No option to merge selective items of the PST file.

· No preview of PST files before merging.

PST Merge is a commendable tool that comes from trustworthy sources. Based on its overall working and all the features, we would rate it as 9.7/10. Even though the software does not allow selective merging but it does enable the users to exclude deleted emails and duplicates item from getting merged. It will definitely not burn a hole in your pocket and functions really well.