From the very early days of the gaming industry, gamers have been told that they are wasting time or that the level of violence is adversely affecting them. With the recent tragedies in the country once again putting games front and center of media coverage, there are many people decrying the industry and calling for more controls and warning about their inherent ability to drag a good person down. 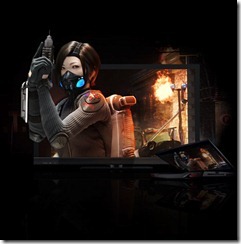 Not all gaming is bad for you, though. While it’s easy to run a quick internet search to find a lot of evidence that seems to support the position that all gamers are just violent psychopaths waiting to happen (it took this long just to get the R18+ rating implemented after all), there is actually a large body of work that suggests just the opposite. In fact, it could be that gaming is actually pretty good for you.

There was a time when claiming that “it helps improve my hand-eye coordination” seemed like such a hollow argument to justify your desire to protect the earth from invading aliens or a quite suburb from a raging zombie horde. But it turns out there’s a lot of truth to it. A study conducted by Iowa State University psychologist Douglas Gentile, PhD, and William Stone, BS, examined 33 laparoscopic surgeons. The doctors who played video games, it turns out, were 27% faster at advanced surgical procedures and made 37% fewer errors than they’re non-gaming contemporaries. That, it would seem, definitely counts as real world value.

Of course, the potential benefits go beyond dexterous hands. In another study carried out by Fordham University psychologist Fran C. Blumberg, PhD, and Sabrina S. Ismailer, MSED, the problem-solving skills of 122 kids between fifth and seventh grade was observed while they played games they had never played before. The results seemed to suggest an improvement in their cognitive and perceptual skills.

One possible reason for this is the way that games (at least the good ones) rely on something called the “regime of competence principle.” What this basically means is that games push the user to the limits of their skills and capabilities and then refuses to let them go any further until a new skill is learned or they are able to build on what they already have. In other words, the best gamers must have the ability to focus, be patient, and be willing to delay gratification until all the necessary steps have been accomplished.

A lot of these problem-solving skills and other attributes translate well into real-world situations. Consider the common MMORPG player. These gamers tend to be right at home in a collaborative environment and are often developing their problem-solving skills, building an attention to detail, and are rewarded for creativity. Serious players also tend to see the value of diversity as they put together a team and naturally build on individuals’ strengths.

It is also now looking like almost any computer game has the potential to boost a child’s creativity. Some researchers at Michigan State University’s Children and Technology Project reported on a three-year study of 491 middle school students. They found that the more these kids played computer games, the higher their scores on a standardized test of creativity. It didn’t seem to matter if they were playing action adventure games or sports games, as long as they were “real games.” In other words, the kids that showed higher scores were the ones that were playing on a gaming laptop or PC, not a mobile phone or on an Internet-based game.

It appears that computer games have a lot of potential to actually be beneficial. Of course, there is a need for moderation in any sort of pastime or hobby, but the gaming industry doesn’t have to be the refuge of danger and violence that many people in positions of authority have claimed.

Brian Jensen works with Dell. In his spare time he enjoys traveling, cooking and spending time with his family. He has a passion for learning and writing about all things technology.