2019 is poised to be an exciting year on the technology front.

Let’s discuss 5 of the top tech trends you’ll want to track in the year ahead. 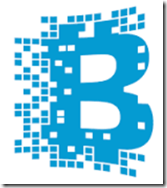 We know of blockchain as the technology that facilitates Bitcoin and similar cryptocurrencies. However, the technology has countless other uses in business and industry. To give you one example, USA-based retailer Walmart recently announced they’ll be using blockchain as a means to track lettuce sold in their stores.

They’re implementing this tracking with the goal of preventing the spread of harmful e-coli. It will be interesting to see the variety of other ways businesses and governments will utilise blockchain in 2019 and the years ahead. 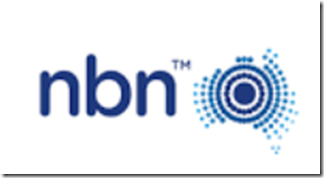 Australia’s National Broadband Network (NBN) is a big deal for Aussie consumers who have, up until now, had spotty internet access. It’s a particularly exciting development for those living in rural areas.

Adoption of the NBN isn’t a brand new trend, as its rollout has been ongoing for multiple years now. However, 2019 will bring the launch of the much-awaited NBN business satellite services. The NBN will also finish rolling out to Australians in Canberra and some other area in 2019. For users in these locations who haven’t yet switched over to the NBN, it is a critical trend to be aware of right now.

If you haven’t already hooked up to the NBN or switched over from your previous internet service provider, you’ll need to take care of that as soon as NBN plans become available in your area.

According to multiple reliable sources, including the Barossa Council and the Australian Competition and Consumer Commission, it’s important to make the switch if you want your land line phone and internet connection to continue functioning. 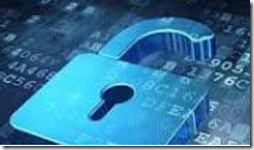 “Cybersecurity” is shaping up to be one of 2019’s top buzzwords as businesses and governments hasten to secure their data from hackers, thieves and cyber pirates.

As internet access becomes more commonplace across the globe, all the would-be criminals on earth are getting interested in giving hacking a try. Businesses of every size will need to invest heavily in information security infrastructure and talent if they hope to survive the approaching onslaught of cyber crime.

In 2019, expect to see greater adoption and expansion of machine learning technologies across diverse industries.

Augmented reality has applications in a broad diversity of real-world situations, from e-commerce to healthcare to gaming to construction. Silicon Valley’s “tech giants” including Facebook, Apple and Google are investing heavily in this technology. It’s no wonder.

The technology is revolutionising the way we’re able to visualise important concepts, and we’ve only just begun scratching the surface of what is possible with this technology. 2019 will no doubt bring some amazing new advances in augmented reality.

These aren’t the only important tech trends to be aware of in the coming year, but they’re 5 of the most important trends you’ll want to track.

What other trends are you planning to keep an eye on in 2019? Let me know in the comments.