You are here: Home / Australian / Will Uber eats be the Australian food Industry technology disruption 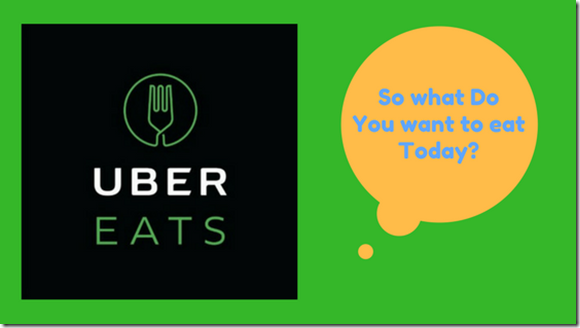 Want to work with Uber ?

The world’s largest ride sharing company UBER entered the lucrative food delivery market last year in Australia, commencing with Melbourne in April, Sydney in August and reaching Adelaide, Brisbane, Gold Coast and Perth in October. Delivery is currently generally restricted to the CBD and inner suburbs, but, presumably if the service is successful, they will expand both the suburbs they serve as well as reach other cities and towns across Australia.

In what is a crowded market for home food delivery with well-established apps such as Menulog, Deliveroo, EatNow, Foodora and Suppertime all with a strong foothold, UberEATS was going to need something special to stand out of the crowd.

Early press releases from UberEATS spoke about expanding the food delivery business beyond Chinese, Thai and Pizza. Uber spokesman Caspar Nixon said at Sydney’s launch in August that UberEATS have “ a mixture of high-end and trendy restaurants but it’s not necessarily all five-star menus.”. Uber, he explained, were looking for restaurants that had “traditionally been inaccessible for in-home delivery”.

Its appeal to restaurants is obvious, especially those that have not previously delivered. There are no start up costs for restaurants who pay Uber a commission based on sales. Given that the menu prices are standard (ie it’s not more expensive for someone to order on Uber then by walking into the restaurant) this comes off the restaurants’ bottom line or ‘marketing budget’ if you like. This is minor compared to the costs of establishing your own in-house delivery and marketing.

Because Uber can draw on an already established customer base and branding, and access to some 20,000 registered drivers they have had an immediate impact.

There were reports following Melbourne’s launch in April last year of restaurants seeing immediate and large increases in their take away sales. Indicating that, so far, UberEATS has been popular.

What is UberEats and How It Works

The UberEATS App is a separate App to the general Uber app, but once downloaded you log in with your usual Uber account.

Restaurants sell at the standard menu price and pay a commission to Uber, while customers pay a $5 delivery fee (although the app was launched in each city with a free delivery promotion). 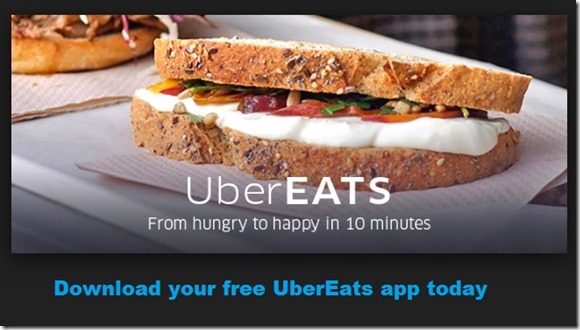 The App is easy to navigate and to place an order. Delivery times are provided post-ordering and your credit card is automatically charged.

Is it any good?

This question is a lot harder to determine. It’s certainly popular, though that is something different entirely.

There are three basic components that will help determine the answer, of which only two are really under the control of Uber.

Of course, Uber chooses who it will use, and so has, in a sense, made a recommendation of which it must take some responsibility.

The second consideration is the driver who really is the key to the success or otherwise of UberEATS.

A driver can adversely affect the quality of the food and the experience by mishandling a delivery or by taking too long to deliver. At least one Melbourne pizza restaurateur has complained that his pizzas weren’t being delivered flat (and anyone who knows anything about pizza knows that will wreck it).

There have also been numerous reports of drivers getting lost and/or asking customers to meet them outside. This is the sort of experience that would drive most customers away. Of course, these problems exist with other delivery customers, though, as a new entry on the market, the number of inexperienced food delivery drivers is disproportionately large at UberEATS. Over time one would expect (hope?) that these type of service issues would become less common because UberEATS will fail if they do not.

Finally, how does Uber the company rate? Despite some earlier reports of glitches and errors in its App, Uber invests heavily in its IT and these issues seem to have been largely ironed out.

Another common complaint is the wide discrepancy between advised and actual delivery times. While restaurants may take some responsibility for delays, the model that Uber uses for its drivers is a contributory factor to delays. Drivers are not required to work ‘a shift’ so customers are going to affected by the vagaries of the supply of local drivers.

On a positive side, Uber takes responsibility for customer service and is reportedly generous in its provision of refunds.

Coupons for $10 to $15 off your first order are widely available and the latest ones can be found here. With an introductory coupon you’ll have an inexpensive introduction to the UberEATS and see if it works for you.