You are here: Home / $heldon $ingh / Is this The Ipad killer ? ( Adams Android Tablet pc )

Never heard of Notion Ink? Its founders are six IITans and an MBA grad. With an average age of 24, they believe India has what it takes to compete with the most innovative tech companies in the world.

“We knew that Indian engineers and designers were doing most of the innovative work at Microsoft, Intel, and Apple. We just needed to take the first step," says co-founder Rohan Shravan. “ Compared to the iPad, the Adam is substantially more computer like.  It is fully multi-tasking capable, has 3 USB and 1 HDMI (allowing for full HD at 1080p).  Adam’s screen is slightly larger, and is adapts to low and high light environments.

Current PC technology is like a Hummer on a city road,” quips Rohit Rathi, the youngest of the group at 23, and, along with Shravan, one of four co-founders from IIT Kharagpur. Two are from IIT Delhi while Sachin Ralhan, the eldest at 25, is a childhood friend of Shravan and Rathi and an MBA from IIPM. Apart from Ralhan and Rathi, the other five are all aged 24. 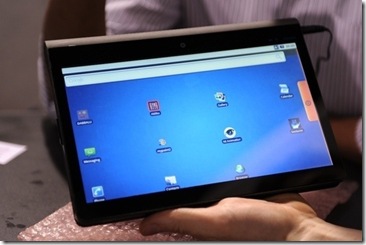 What’s so different about their tech? Three years in the making, the Adam tablet is the first device in the world to integrate two breakthrough power saving components – nVidia’s Tegra 2 chip and a PixelQi screen. Together, they help it achieve twice the battery life and performance of the iPad.

The Adam also has a swivel video camera, allowing you not only to video chat but to record university lectures, or anything else.  It seems almost as if the Google team intentionally developed the Adam to encompass everything the iPad lacks.

Whats equally impressive is how the Adam is priced slightly less than the iPad.  With all its technological superiority, it just goes to show how much Apple charges for their logo.

“The chip provides an edge over the iPad with its ability to play full high definition videos and Flash on the web browser. It can offer the performance of a computer with the power consumption of a cellphone,” explains Shravan.

Adam’s 10-inch screen integrates many innovations first used in the $100 OLPC (one laptop per child) project. Unlike traditional screens, PixelQI screen has a dual mode, and can be read in bright sunlight like an e-reader. With the backlight off, the company claims that it can increase battery life between charges by a factor of five. The question mark hanging over the Adam’s head (until some meaningful hands-on time is had) will be can Android deliver a solid tablet experience. On Notion Ink’s site they refer to an “improved Android UI for 10 inch devices” and expressly state that we are not just talking about expanded screens. 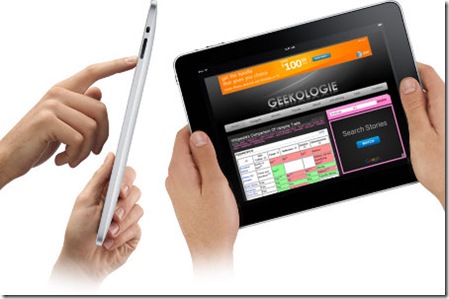 Notion Ink worked with National Institute of Design’s R&D development campus in Bangalore to build a unique touch interface that runs on Google’s Android mobile operating system. As a startup, it faced many obstacles in filing patents and finding the right engineering talent. “India doesn’t have people working on Android. And the companies that have, charge Rs 1 lakh per resource per month,” says Rohan. “So we came up with a social solution – We opted to train engineers ourselves

What about the pricing? The company has not yet taken a decision on this crucial aspect, but is clear that Adam will definitely be competitive vis-a-vis Apple’s iPad. It expects to start retail sales, at first in the USA, from July onwards.