You are here: Home / Software / Anti Virus / How secure is your Tablet or smartphone ?

With the popularity of android mobile phones and apple Iphones and tablets in the last couple of years, hackers and criminals are also shifting the focus from desktops  to smart devices. Victims of malicious software is no more just desktops pcs but also smartphones and tablets with these devices can be exploited to gather their personal information. 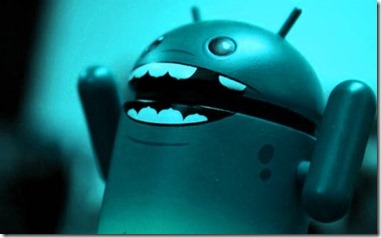 Today’s smartphones are capable of doing so much more than the mobile phones of a few years ago  and this has greatly extended range of capabilities has also seen the introduction of some new security risks.

Signs that your smartphone of tablet is infected

Is your phone bill bigger than normal?

Dropping a lot of calls?

Your Android or apple device may be infected with malware.

These cities are most susceptible to malware threats

The 1.Melbourne CBD ranks as the number one

Research by internet security pioneer F-Secure reveals, amongst the suburbs, South Yarra – located just outside of the Melbourne CBD – ranks first, with 10% of all threats identified. Brisbane ranks second amongst the CBD areas in capital cities (14%), with Perth coming in at third (11%), followed by Sydney (9%).

It is said that malware and internet virus threats  are mainly due to  people  having their devices infected with malware due to downloading of  risky apps.

How to prevent malware  from stealing your data

Once your smart device is infected ,the virus or malware can  take money from unwitting users who install infected apps.

Amongst other suburbs, 9% of malware threats were recorded in Sandgate, north of Brisbane; and 8% were identified in Merrylands, in Sydney’s west.

This is a nasty virus or malware that can be difficult to get rid off. Ransomware can lock access to a device until the user pays a ransom, usually by sending bitcoins to the attacker. Internationally.

For instance, a report from Trend Micro (PDF) includes a chart that shows a large spike in the amount of total Android malware.

The vast majority of malware detected in Australia is a  type of malware that may be intrusive or inadvertently introduces privacy or security risks. Users typically accept the potential risk associated with the program, and elect to install and use the application.