You are here: Home / 2010 / Kung-fu soccer at world cup finals not liked by referee Webb

Spain have beaten the Netherlands 1:0 to win their first World Cup.

Howard Webb ended the marathon, he had blown for 46 fouls and issued 12 yellow cards and one red, but he denied a red card  to holland’s De jong who did a deadly tackle on spanish player Xabi alonso 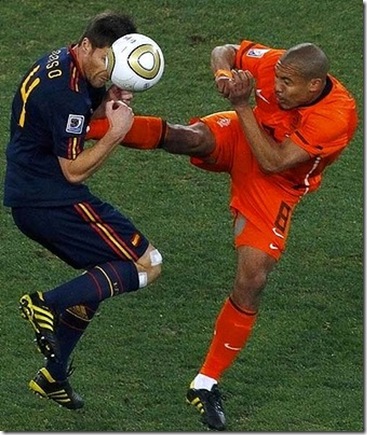 Spain’s Xabi Alonso gets a boot in his chest from Nigel de Jong.

De Jong, who was shown only a yellow card when he jumped up, studs showing, and caught Spain’s Xabi Alonso right  in the chest. 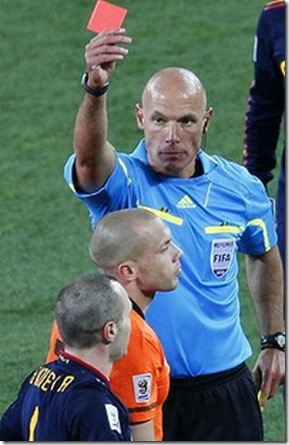