Bradley Cooper, Ed Helms, and Zach Galifianakis of hangover 1 and hangover 2 will definitely be returning for another adventure after the successful release at the box office

Short Review : Comedy. In the follow-up to the record-breaking hit comedy “The Hangover,” Phil (Bradley Cooper), Stu (Ed Helms), Alan (Zach Galifianakis) and Doug (Justin Bartha) travel to exotic Thailand for Stu’s wedding. After the unforgettable bachelor party in Las Vegas, Stu is taking no chances and has opted for a safe, subdued pre-wedding brunch. However, things don’t always go as planned. What happens in Vegas may stay in Vegas, but what happens in Bangkok can’t even be imagined 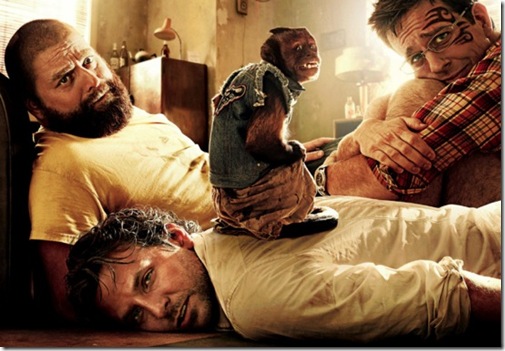 First let me say that I absolutely loved the first movie “ hangover”. I’ve watched it countless times, both at the theater and on DVD. So how did the sequel stack up ?

It is  set in Bangkok instead of Vegas. and some of the jokes were funny, especially the “ scene where Stu discovers he slept with a Thai ladyboy” and later on when  he tells he go  the demon in him ,Alan tells him it was semen and not demons in him” 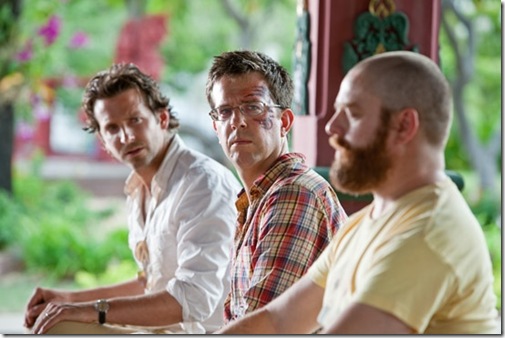 So, okay.  Alan attends the wedding.  How do these guys ever trust anything from him again?  And particularly because Bradley Cooper’s character made a point of throwing away Alan’s marshmellows before their first beer Suprise !! Suprise!!.

It’s in reference to Alan’s letter that he read on the roof in the first film, he said that he was a lone wolf but as his circle of friends grew his "wolf pack" grew.

Warning: The movie  has a abundance of male and female  upper and lower genitals parts