Cars that drive themselves without human intervention are on their way sooner that you would think. The Mercedes Benz new E200  and 500 range of cars has advanced new technology from years of research done in the Mercedes Benz research centre and thousands of kilometres of on-road testing.[article updated 3 January  2017]

There are quite a few companies today ( including the Google self-driving car , Tesla, BMW) that have already launched intelligent self-driving cars, that can do pretty much everything that a normal driver can do on the road.

The new range of 2016 Merc cars has so many autonomous driving features, that you could easily take a step back and let the car do all the hard work, yet the company advises that you keep your hand on the steering wheel , be alert on Australian roads and follow the local rules and regulations. Things have picked since in 2017. 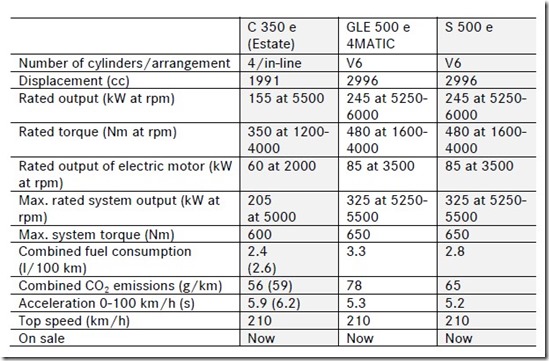 When I was given a chance (#‎MBTecDay) to go check out these new motor vehicles of the future and how they work, I could not refuse. The event was the Mercedes Benz Tec day where they put forward all their new vehicles to be tested by all the car enthusiasts, media and driving clubs. The Tec day put the car through its paces, allowing testing of the new features in controlled settings (Sandown racetrack) and also real life driving on the road.

The new GLE 500e SUV plug-in hybrid Mercedes-Benz car price has been just announced ahead of its official Australian launch later this month. The price tag for the GLE is $124,900. I had the chance to drive the E- 350 E estate Hybrid car at the Melbourne Sandown Racetrack and the drive was exceptionally smooth with nothing to fault at. 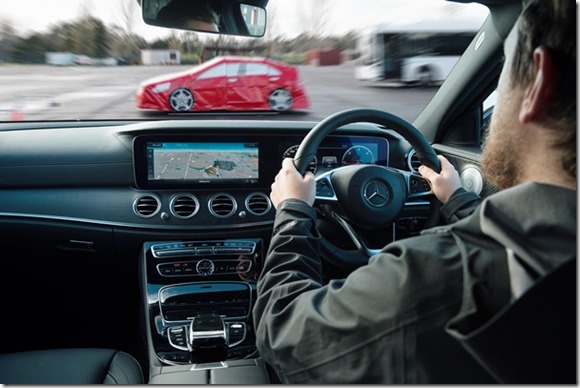 The New E Class models boast amazing new safety and driver assist technology. Below are some of the exciting features that the new mercs have.

Yep! that’s what it takes, beside the car software to make this car what it does best – Extensive driver assist or autonomous driving. There are 12 radars and four 360 cameras that capture everything around the car to keep you safe on the roads and also assist you with special features like automated parking and other advanced safety features installed in the car. The four 360° cameras between them cover an area of approximately three metres all-round the vehicle, with one at the front, two on the sides and one at the rear

It has many intelligent driver assist autonomous features  that  assists you in doing the job of driving  for you, so much so – that its almost scary  and you feel the robots have taken over. However driving this car made me realise that it will definitely  reduce car accidents, time wasted in traffic, parking hassles, and probably road rage.

Let’s have a look at what some of the new Mercedes Benz cars can do for you.

This safety feature is something that could be very useful in a tight situation, say an accident is imminent and you put on the brakes. The emergency brake assist feature actually applies the needed pressure for your braking, if you have not applied enough brakes to the car to stop. This also helps shorten the stopping distance. This is also called adaptive brake assistance.

The LED adaptive brake lights are activated if the initial speed is greater than 50 km/h and Brake Assist BAS has recognised an emergency braking situation. It sure helps to preventing rear-end collisions or even make it less likely to happen.

There is also the steering assist that ties in very well with this feature, if you brake suddenly to avoid a pedestrian and try to swerve to get on the side lane – The car will also assist you by Applying right amount of steering while swerving to the left and right in such a situation and then straightening up on the other lane.

The radar-based driver assistance system, can depending on the situation deliver a visual distance warning and, if required provide an additional audible warning of an impending collision.

Lance changing has always been bit of chore on the road needing your full attention and alertness while doing this. The new Mercedes Benz car makes this job easier with its sensors and radars. Once you put your turning indicator lights on, the car can automatically scan your surrounding within seconds and then change lanes by itself and align itself to stay within safe distance of cars on both sides of the lanes.

The active lane change assist can be applied at a wide speed range from 80 to 180kmh.

This feature in the new cars allows the car to automatically control distance and speed on the road and freeway. If you set you speed to the speed limit of 100Kmh on the freeway and the car front of you slows down, your car would automatically slow down as well and keep a safe distance. This feature can take off the strain of driving and also be very useful in bumper to bumper traffic.

Preparing for an accident before it happens; yes this is programmed for in this car. The amazing PRE-SAFE system can sense that a collision might be imminent, and help prepare for it in the immediate time just before anything happens.

Using a network of sensors/radars, the PRE-SAFE can detect certain conditions that suggest an accident is about to occur and It then tightens the front seat belts, adjusts the front head restraints and passenger seat to keep you safe.

Another feature that I tested out in the Tec day drive on the Melbourne freeway was the autonomous driving feature. You set your speed to 100 Kmh and the car maintains the speed on the freeway, while adjusting speed and slowing down or speeding up automatically depending on the car speed in front of you. The radars on the car also help you keep a safe distance between cars on both side of your lane.

Parking worries with the new Mercedes Benz range has been made a thing of the past. The fully automated parking assist feature is one of the best features if you just want the machine to do the job. The parking assist feature takes full advantage of the radars /sensors mounted on the cars. All you need to do is stop and push the auto parking button and the car does the rest. It calculates the distance etc. and you just need to tell it if you want a reverse or forward parking and it does the parking for you.

All of the above breakthroughs feature in the new Mercedes Benz range of cars help make an accidents less severe, less damaging, or even less likely. 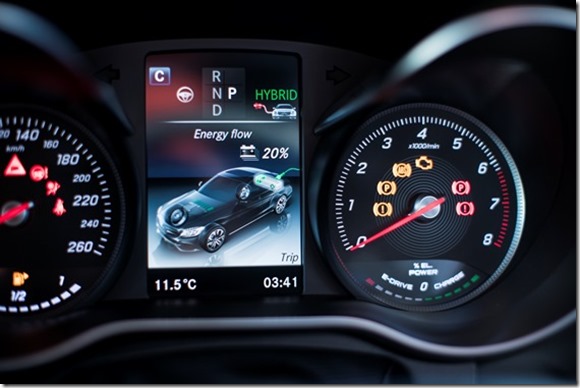 The new hybrid S500 E range of cars has innovative new technology that lets you seamlessly use the battery mode as well as electronic combustion mode and you can auto select drive type.

It has four different drive modes

Apart from the above features, the New E Class range is going to boast a few exciting features like 64 color ambient lighting inside the car, Wireless charging for your smart device, huge widescreen cockpit display on your dashboard and the DISTRONIC PLUS adaptive cruise control.

All the technical data on merc models can be found on their official website here. You can connect with Mercedes Benz on Facebook , Youtube , Linked In or Instagram to get more information on their new range of motor vehicles

Pricing for cars
The new Mercedes-Benz Plug-in Hybrid models will launch in July 2016 and are now available to order.

The manufacturer’s recommended retail list price is as follows:

The MRLP includes GST and any LCT applicable to the base / standard specification model but EXCLUDES DEALER DELIVERY AND ALL ON ROAD COSTS such as, for example, registration fees, stamp duty, CTP and the like.

Below a fully autonomous driverless ride in a driver.ai technology car.

A fully autonomous drive on a rainy night on the streets of Mountain View, CA. Read more @ https://www.drive.ai/

Author Bio: Originally published  July 18, 2016 | Article written by Jeff  from www.digitalgrog.com.au, I write articles on software, technology and building websites. You can connect with me here  on twitter and  google+