You are here: Home / 2017 / Is Google Home Smart Device Worth the Money 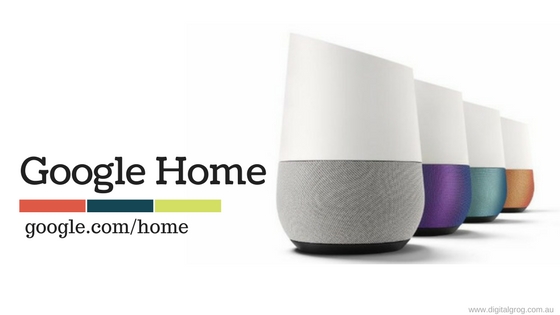 I got Google home for myself, thinking I would be the only person using Google home (GH) in my household. How wrong was i?

Google’s Home Hub doesn’t run Android Things—it’s actually built on Google’s Cast platform. The device is tiny, with only a 7-inch screen that isn’t much bigger than the body of a smartphone. Google says it excluded a video camera because it wants users to feel “comfortable” with the Home Hub, but the absence of a camera will also save on the bill of materials.

Google Home was released in the United States on November 4, 2016. I got it two weeks earlier to its Australia launch, thanks to family on a US trip.

My partner now uses Google Home, my daughter loves GH and funnily also thinks there is an actual person hiding in there. My dog thinks Google home is evil, he can’t stop barking at it at times, when it does its thing. But yes this smart home gadget indeed has managed to get everyone in the house and also visitors talking to him. 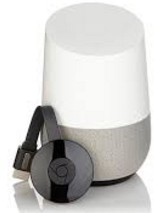 My little one calls the speaker MR .Google and thinks there is a person in there answering all her questions. Dare I swear at Google out of frustration and she will come to the rescue.

How do you speak to Google Home?

Just say – OKAY GOOGLE or HEY GOOGLE – and ask it a Question.

The other day, I had my brother in law visit. He looked at Google gave it a stiff upper lip look and suspicious eye and said, so this is supposed to be the new smart gadget aye. He decided to challenge Google home to see if it is really as smart as it says it is. He threw his best challenge question at the smart device. Google home got asked what the full form of Qantas is.

I will be honest, I didn’t know that one and I wasn’t very confident of my smart Google also being able to retrieve an answer, specially also since I had it for just two weeks now and didn’t ask it any difficult questions yet.

We were all pleasantly surprised, Google managed to  give the correct answer

The Qantas name comes from “QANTAS“, an acronym for its original name, “Queensland and Northern Territory Aerial Services”, and it is nicknamed “The Flying Kangaroo”.

Technology will always advance and the sooner you adopt it the better for the future of your kids. Smart devices can do a lot for your kids’ education and knowledge, and Google home excels in doing this as well.

I have used this as speech therapy device to make my little one speak more clearly and slowly. I have used it to teach her numbers, maths and science.

Numbers and maths for kids

Good if you have kids, who would like to learn the numbers or are a bit slow in this.

Ask Google- Can you say A to Zee

This is a good command to teach your kids ABCD. 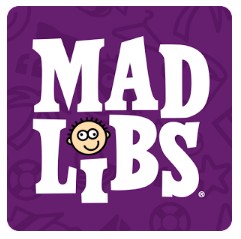 This is a fun game. It will play a game with you and if you choose madlibs. It will ask you adjective words.. etc.. Good for kids learning. But better keep a watch on this teacher as I am not 100% confident of th responses for this. Though spin the wheel is fun.

It will also give you options to spin a wheel or tell a riddle or joke.( they keep improving on this one, which means it’s in high demand)

It knows to do twinkle twinkle little star, you can test out some other rhymes too and keep the little ones entertained.

Spelling bee
Want your kid to get good at spelling bee. Get Google to do the hard work for ya. Ask Google spellings for words.

Learning languages can also be fun with Google.  You can teach  your children  to say hello  in Japanese, mandarin, Indian, Spanish and many other  languages thanks to Google home

This one’s a good one if you have nothing better to do, just tell Google this and keep telling the same thing (Hey google sing a song!). You will realise Google certainly has patience and some humour.

Just tell Google to set timer for 15 minutes, 30 minutes or a time and it will remind you with an alarm to take the food of the gas or the pizza out of the oven. Quite handy, if your Google home is placed near to the kitchen lounge.

Set timer
You, can use the same feature as above but as a reminder for anything

Set alarm
All you need is to tell Google wake me up at 6am and it works like an morning alarm. Now you can get rid of your alarm clock

How is my day looking
This command makes use of your settings on google assistant. Based on what you have set up on your account, it can read up your appointments, reminders, read the weather for the day and much more. You can also set which website you want your news from.

My adventures with Mr google home

I still remember the first time I got Google home and tried getting the weather. My partner immediately told me – Haha Google H is Americano. He’s giving 68 Fahrenheit weather for today. We live in Australia not USA.  So I thought I will tell try Mr Google himself to fix it and so i told Google to give me weather in Celsius and to my surprise it actually worked.

It confirmed that weather was updates to Celsius settings. I did not believe it being new to all this. So checked weather again and hot diggity damn – Indeed it was updated, without pressing any buttons.

The Google home device is pretty good at listening because that’s the core of what this device does. It listens to your question or suggestion and tries to answer it right.

This device got omni-directional mic’s fitted into it, so you can speak from anywhere within its range and it will hear you and respond. It also works well as speaker.

Google Home as Audio Speakers
You can use your home device to play music too. I managed to play music via my sound cloud app on my smartphone. It’s got good bass in those speakers.

Apparently It also works with Google music and spotify

Netflix is quite popular nowdays in aussies homes. Cheap and better than foxtel and guess what – it ties in nicely with your google home.

Just tell google to play the next episode of “House of Cards” or “Narcos” and it will start it for you. You will need to link your netflix account to google assistant to get this happening

So today, i decided to link my netflix to google as they told me I could do it. I linked netflix and told google to play House of cards on the tv.

Two hours later, I had to play doc mcstuffins for my little one and netflix told me I cant as there was somebody else using my netflix account. I found out that House of cards had been streaming in the background because I had told it to. So this happended via chromecast and netflix and i didn’t even know.

Yes that command i gave to start Netflix actually worked but it was streaming on chrome cast, so i forgot to switch source to chromecast to check. Now, I’m two episodes behind on house of cards.

The problem is they made all these gadgets smart, but not smart enough. For eg. Google home started streaming netflix house of cards episode, but it did it via chromecast and not directly via netflix and so it was not able to change the TV source button on my TV, when it started streaming and so it was playing the episode in the background via my Samsung smart TV.

Solution- Change you TV source to Netflix on your TV, then tell home to start next episode of “House of cards” 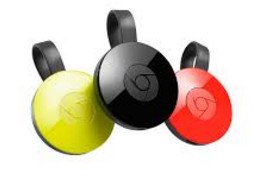 I had to go to Bunning’s recently to get some paint for a painting walls job, so i asked google – until what time Bunning’s Morley is open – it did say 7pm (was pretty good, as i didn’t have to search on my phone or desktop). In fact if i wanted i could also ask it for the store number if i wanted to call them on my mobile.

Which I actually made use of later in the day. I needed to know if Bunning’s lets dog into their stores – turns out they do. If the dog is on the trolley and on leash – no muzzle is needed, but if you are walking the dog in store then a muzzle and leash is needed.

I have a cute little Maltese poodle named chase (yes he has his own Facebook page) that was a good fit for the top tray on the Bunning’s trolley, so off we went taking him for a Bunning’s adventure.

You can use this feature to get restaurant, offices, local deli etc open close times

Today I was watching TV and suddenly Google mumbled something. It almost sounded like an apologetic mumble.

As no one around spoke to Google, I would assume it would have to be the TV speaking to my Google home.  Yeh my smart TV speaks to google home too and that has been happening a lot more with the new Google home ads triggering off my Google home which is sitting right next to the tv.

Did you read the news of the guy who got caught by police threatening his girlfriend? Our very own gangsta G-home picked up on a few words and called 911. Police listened in and decided to act.

Let us know about your G home Experience

Do you own a Google home, have you any interesting things to add about your google home experience, just leave me a comment below, I would be glad to hear about it.

Some Helpful Links for google home