You are here: Home / Apple / Shocking Ipad sales- Why she ditched Ipad to get Bose speakers this christmas

How  a lame Apple salesman missed out on Ipad sale

The story of  the Apple salesman and the ipad

I  had  left subtle hints  an not so subtle hints  to my partner  since  the start of November 2010, as to the good qualities of the Apple ipad and how it could be a nice addition  to our household .. specially as Christmas was  near. I was 100% sure almost  that i done a good job  of making it known that that was what  i would be happy to receive at Christmas  as my present , so i was quite surprised when i  saw quite a huge box suddenly appear under the Christmas tree on Christmas. I excitedly opened up the box to a see  shiny pair of New bose speakers   and i danced with joy. Listening to music being one of my passions  i was happy with joy and totally forgot about the IPAD  that i was hanging out for.

The new Bose speakers was a treat , and soon the apple Ipad was totally forgotten and drowned int he music of my new Bose speakers. In fact  when my better half told me the  story that transpired  in her effort  to get a new ipad  for me and then  ended up getting a Bose speakers instead , i was happy she had done the right thing.

She narrated the story  that happened at the apple store, apparently  she was dressed  in casuals as  it was a friday  and entered the  apple store ready to buy a apple ipad and had already  withdrawn cash to  to buy the Ipad. She entered the store ,  and the salesman had a look at her probably decided  that she was not a prospective customer. So  while she was hoping that the sales representative approached her to offer some help in choosing the right model, he infact  saw her, totally ignored here  and went to a man wearing a suit who just had a chat with the salesman then had a browse in the store and  took off.

That’s the new Christmas gift it got below 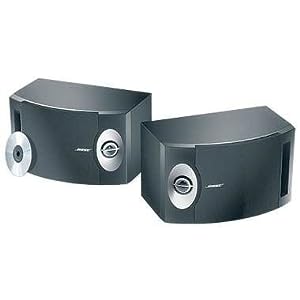 Unfortunately  this Bose 201 V speakers didn’t come with stands so i had to get a stand from Amazon as well listed here (Bose speaker stands) .

Amazingly enough  this small Bose  speakers replaced my tallboy speakers which i was proud of  due to the amazing bass it produced , but when i plugged in the bose speakers  the clarity of sound and good BASS as well certainly wone me over  to push my tall boys into the garage.

She waited in hope that  she could find another salesman  that could help her out make the right pick on a Ipad, but no –one approached her .she just got fed –up, frustrated  waiting  and  left the store without an IPAD.  The salesman at the Apple store obliviously  was not the best trained to totally ignore a person who  had got cash and was  most certainly in the shop looking to buy an ipad.

She  took off  due to the poor service  and decided to spend her money elsewhere , where somebody  could help her make the right decision .My partner ended up buying a Nice set of bose speakers , because the  salesman at west coast hi-fi  did his job  with the best customer service , explained  what was the most suitable speakers that she needed and also  one which fitted in her budget. I was a happy man  as she did make the right choice of speakers for our house ( off course you cant go wrong with  a BOSE SPEAKERS) and i got a nice sound system .Merry Christmas to you all  in advance !!

PS: If you interested in Bose speakers here i are some listed on Amazon- (Bose Speaker System