You are here: Home / $heldon $ingh / The best bot for creating mixtapes and personalised gifts

MAKERBOT MIXTAPE   – The MakerBot Mixtape is obviously designed for, well, makers of mixtapes or music , but they’ve got an option for everyone, uou dont need to be a DJ. 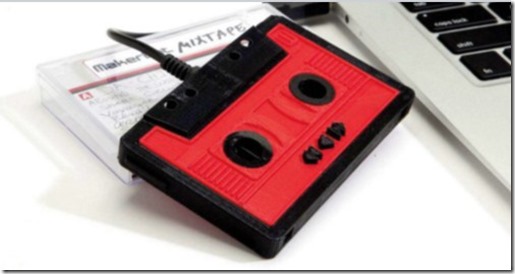 First there were many other options for a mixtape but nothing dedicated like this, before Pandora or RDIO or even ancient technologies like iTunes, there was the mixtape — a carefully selected group of songs, organized into a playlist and recorded onto a cassette

Now mixtape gives you two options: If you own a MakerBot, the company will ship you a $25 kit so you can put your MakerBot into action and have it create a colorful cassette-shaped case that snaps together around the tiny included MP3 player.

Contrary to what you might think, the days of making a mix*tape* for your crush are
not over. MakerBot, a 3D printing company, snaps together this retro mlxtapa In Its
Brooklyn workshop and ships It to paramours everywhere. Simply hook It up to a
computer using tha included USB cable to drag and drop up to 2GB of heartfelt
songs.

No Walkman Is needed to llsten to the mlxtape as its a MP3 player as well.

summary:The MakerBot Mixtape is a Flash based MP3 player that costs $39, which is $12 lower than the average for all 2 GB MP3 Players. It supports MP3 audio files.

Those  with a MakarBot Replicator can buy a Mlxtap* Kit for $25 and print out their own
mlxtape at home. Gadget Review written by babyhifi for gadgetaustralia.com