You are here: Home / Software / 5 Best Apps to Help You Get Organised 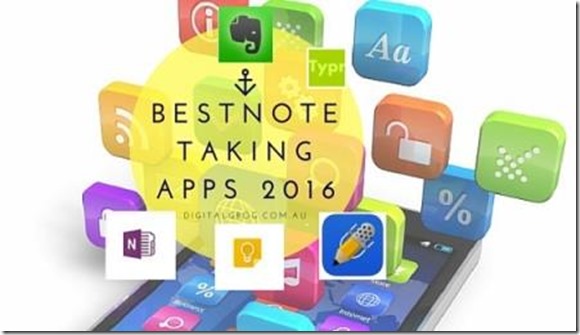 Being organised is both a personal skill and a professional attribute. To some people it comes naturally — they live by their daily planner and never forget to print their tickets. To others, getting organised is a challenge and wearing mismatched socks is a regular occurrence.

That’s where technology comes in. We have smartphones and tablets to help us stay organised on the go, and computers to do the work at home or in the office. There are so many amazing apps out there, but the right solution for you will depend on what you believe to be your biggest challenge when it comes to getting organised.

Whether you need to take better notes, improve your team’s performance, backup your files, organise your life, or simply need a little something to stay focused, the trick is to identify your pain point, find an app, master using it, then move on to a new challenge.

As a starting point, here are 5 of the best apps to help you get organised.

Dropbox originally grew in popularity because it offered an easy-to-use and extremely functional method of file sharing. Attaching a document or photo to an email is easy enough, but when multiple files come into play it’s not the most efficient way of transferring files from one person to another.

However, for the purpose of getting organised, Dropbox is a lifesaver when it comes to backing up your files. Let’s be honest — no one has the time to connect a hard drive to their computer and patiently wait until their files are transferred across. That’s not to mention that you’re then dependent on two types of hardware, rather than letting a cloud-based software take on the backup role.

Once you’ve created an account online, you should install Dropbox onto your computer and it’ll appear in your files as a regular folder. When you transfer or copy files into this folder, they’ll automatically sync with your Dropbox account in the background, presuming you’re connected to the internet.

The best part is files are never truly deleted from Dropbox. One barrier to an organised file folder is keeping everything in there, thinking you may need it again in the future. With Dropbox, you have the option to restore files after deleting them.

The downside to Dropbox is that it stops being free if you require more than 2GB of space. To get 1TB of space, you need to upgrade to Dropbox Pro, which costs AU$11.58/month or AU$13.99/month, depending on how whether you choose to get billed annually or monthly. It may seem like a lot but when you think about the cost of a 1TB hard drive that requires a lot more human intervention, it’s worth it.

If you’re an Apple fanatic, Dropbox works the same way as iCloud does. However, it can operate on multiple devices and it’s easy to use across different operating systems without having to take extra steps.

On that note, Google Drive is another option that works great with all operating systems, where your first 15GB are free. It has the added benefit of being able to create documents, sheets, and slides within the platform that can be shared, edited and updated in real-time.

If you’re not a naturally organised person, the extra features offered by Google Drive can be overwhelming and you’ll end up with a messy folder, which defeats the whole purpose of using Dropbox as an organization tool in the first place. I’ve also found that Google Drive rarely generates previews of files, so if you haven’t quite mastered the art of naming your files in a systematic way, this isn’t the best first step towards a cloud-based backup. I’d personally recommend starting with Dropbox, learning to love the cloud, and jumping to a more complex and more functional platform.

If you’re a visual person, Trello is definitely one of the best apps to help you get organised. The idea behind it is to create ‘boards’, and move things from one board to another, depending on its status. For example, you could have a low priority to-do list, a high priority to-do list, as well as lists for things that are in progress or completed.

You don’t have to do it this way — this was initially done to add an element of interactivity, where you drag and drop things from board to board in order to get more engaged with your tasks/goals and the processes involved in completing them. You can create a board for work, a board for home, a board for events etc. and simply view it as multiple to-do lists laid out in front of you. 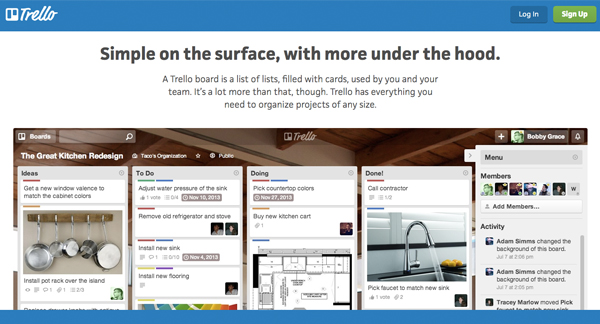 You can attach files, build checklists, and connect Trello to other apps with ‘Power-Ups’. These features are all available for free, if you sign up for the most basic version of Trello which was intended for personal use. If you’re using it as a business tool (it’s extremely popularly amongst marketing teams and product developers) you may want to look into the more advanced options.

Asana is a must-have organisation tool for any team. Think of it as a to-do list on steroids.

Every team member has a to-do list — you can add to your own list as well as to others’. You can create teams within the tool, and then individual projects within the teams. These projects can have their own project-specific to-do list, where all the tasks involved in the project are listed. These tasks are pushed into team members’ to-do lists when they’re assigned, with the ability to set deadlines, attach files, and add comments to each individual task.

It sounds complicated, but the ability to organise tasks via team, project, and team member can result in a much more efficient and effective way of getting things done. If you’re having trouble visualising it (I don’t blame you), Asana has an awesome range of intro videos, as well as tool-specific videos to help you. 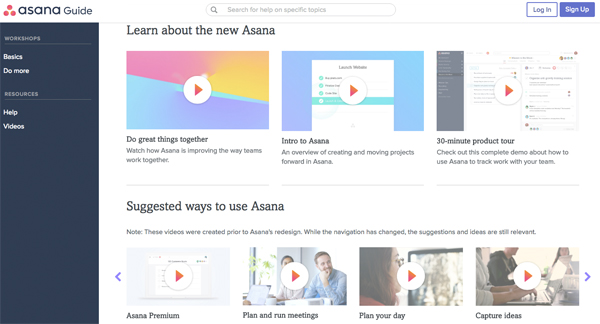 Asana has two packages: Free and Premium. If you have a team of under 15 people, definitely get stuck into it with the free version and master it before you add on more tools. It’s a lot harder to implement an organisation strategy with more people.

Evernote is an old favourite and can be found on every list of the best apps to help you get organised. I’ve added it because for one thing it’s awesome, and for another, a lot of people aren’t aware of its full potential.

First up, it is essentially a note-taking app. I can’t deny that Microsoft hasn’t revolutionized the way we create documents with Word, but something about saving notes to a specific document often means we don’t revisit them — they get lost amongst all your other files and documents.

This is where Evernote comes in. You can keep all of your notes on one platform, where you can group them into general notebooks as a way to stay organised. You can search all your notes for something in particular, and also change your view to what works for you. It’s such a handy tool if you’re studying or working, particularly because you can share notes with others.

One of the best things about Evernote is that it’s entirely cloud-based, which means you don’t have to save anything. If organisation isn’t your forte, you can skip the ‘save your work’ step and not lose all your valuable notes in the case of a hardware failure.

This also means you can add to your notes off any device (presuming you have the app and are logged in) and it’ll all sync up on its own. You can switch between your phone, tablet, and computer and access all the same information.

The really nifty thing about Evernote (that a lot of people don’t know about) is that the company has built and acquired a lot of awesome tools that’ll make your Evernote experience all the more awesome. One of them is Web Clipper, a web extension which lets you screenshot web pages as you go. You can clip small sections or capture the entire page, and automatically store and organise them within Evernote.

Skitch is a similar tool, though it’s an app rather than an extension. It lets you screenshot elements but also label and draw on them. It’s not as efficient as Web Clipper in terms of the whole screenshotting process, but being able to add arrows, text, circles and more can be really useful. 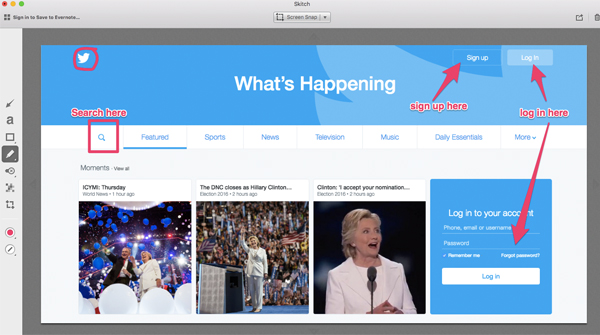 Skitch was acquired by Evernote in 2011, and in 2016 Evernote discontinued the option to download Android and Windows versions of the software. This was done in order to move Evernote in the direction of a more integrated solution, rather than increasing the number of standalone apps it supports.

You can still get it on a Mac and I’d highly recommend using it if you need to create process documents for anything on the web, i.e how to create an account on a specific platform.

Another awesome tool (that’s sadly only for iOs users) is Scannable. It’s an iPhone app that lets you scan documents using your phone’s camera, which are then enhanced to produce high quality digital documents. These are synced to Evernote automatically.

In terms of pricing, start with the Basic model and test it out. If you’re leaning towards using Evernote frequently in a professional environment that involves presenting and collaborating with co-workers, you may want to look into thePlus, Premium, or Business models.

Momentum is a Google Chrome extension, so technically not an app but I guarantee you that it’ll bring life to your browser. Every time you open a new tab, you’ll get a picturesque photo with an inspirational quote.

You’ll also get the time and weather at your current location, as well as an option to search Google (or Bing if that’s your go-to search engine) and a list of your favourite links.

You have the option to create a to-do list and a main focus for the day, so if you’re not ready to dive into the deep end with an organisation app, start here. 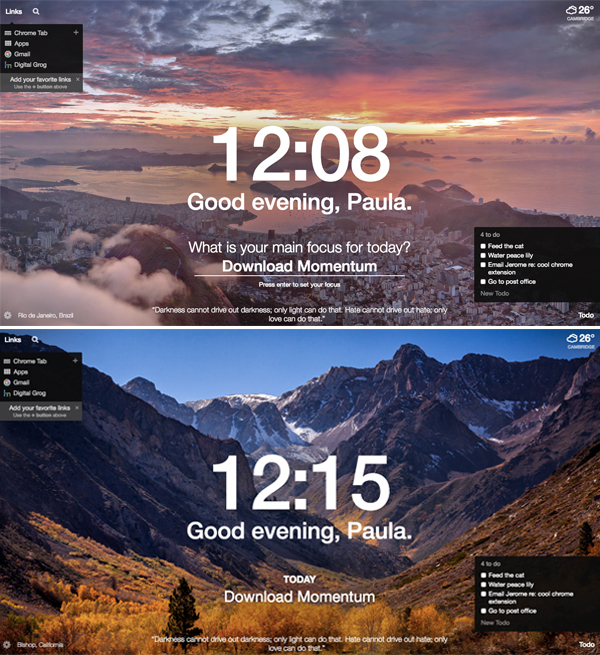 Downloading any of these apps will not instantly result in being organised. You have to be patient, make a consistent effort, and get into the habit of using the app to stay organised. The beauty of technology is that if one app doesn’t work for you, there are hundreds of others that you can try until you find what works for you.

Bio: Paula is the founder of Joobly, an initiative that aims to connect aspiring student interns to tech startups in Sydney. She majors in Business Information Systems at Macquarie University.