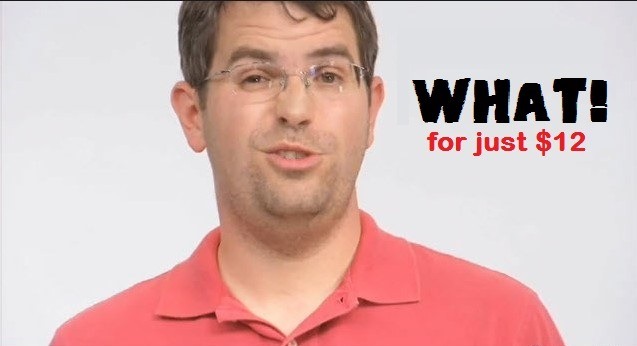 Domain Names Sell for as low as 0.99 cents to $35.6 million just for internet domain name. Google.com which is probably worth millions of dollars got accidentally sold to a buyer last week for a very small fee this week, possibly leaving many google employees redfaced. In fact insurance .com did sell for $35.6million (yep just for the name www.insurance.com) in 2010.

How did google lose google.com domain name for just $12

In one of the weirdest stories I’ve ever read online a guy called Sanmay Ved has detailed how he was able to use Google’s own domain service to buy Google.com for just $12.

Apparently Sanmay was playing around in Google Domains just to see if there was any interesting domains he could buy. He searched google.com and was surprised that it was available. He could not believe his luck and instantly just purchased the domain without thinking about it. He then decided to add it to his cart and check out and realised all he needed to pay was just the small amount of $12 to own one of the most popular names on the internet.

While this story is as unbelievable as it is, like hitting a gold mine, the joy didn’t last for long. The domain was for a short time was actually registered to Sanmay Ved, as it showed in his Google Webmaster Tools with his existing domain and he also received a set of emails from Google accounts, the details of which he hasn’t disclosed.

Surprisingly he did say that that he had not received similar emails for previous domain purchases.

What happened next was expected, Google managed to reverse the transaction and sanmay was refunded the $12 he spent for the domain and the domain name went back to google.

It is said that this obviously could be done easily because google domains owns the registration service, however had another big registrar like godaddy.com ( which sells domains names for currently as low as 0.99 cents ) or Bing.com or yahoo.com had laid their hands on such a nice prize it would have been another story altogether.

You can read the whole post that sanmay ved posted on his linked in account over here.

Here are some pics from his Linked in account

His linked in profile

This news story has rocked the internet going viral  and has been reported by many tops technology news giants like Cnet, Forbes and many more (including us)

Read some of our other previous posts below

Will Australia Get Google Domains Beta

Jan 19, 2014 – Go daddy is one of the biggest discount domain providers in the world …Will Australia Get Google Domains Beta | Digital Grog | Technology  …

Get Free domain name with blog Hosting offers for 2015. … and SEO for your blog on digital grog https://www.digitalgrog.com.au/ which you can check out here …. Custom Domain On GoogleDrive Hosted Website [HD 1080p]  ..

Getting your mobile friendly or responsive wordpress website can be easy

Filed in Responsive Website, WordPress by jeff on April 1, 2015 • 7 Comments

Don’t get Caught dead with SEO. Its 2015 and google has just announced that mobile friendly websites or responsive themes are going to be a factor in ranking websites in their search engines. Every serious blogger or internet marketer cannot ignore this, with google being one of the biggest search engines for now. There is […]

END_OF_DOCUMENT_TOKEN_TO_BE_REPLACED

[This post contains affiliate links  with any funds received  from sales from blog, going towards upkeep of this blog ]